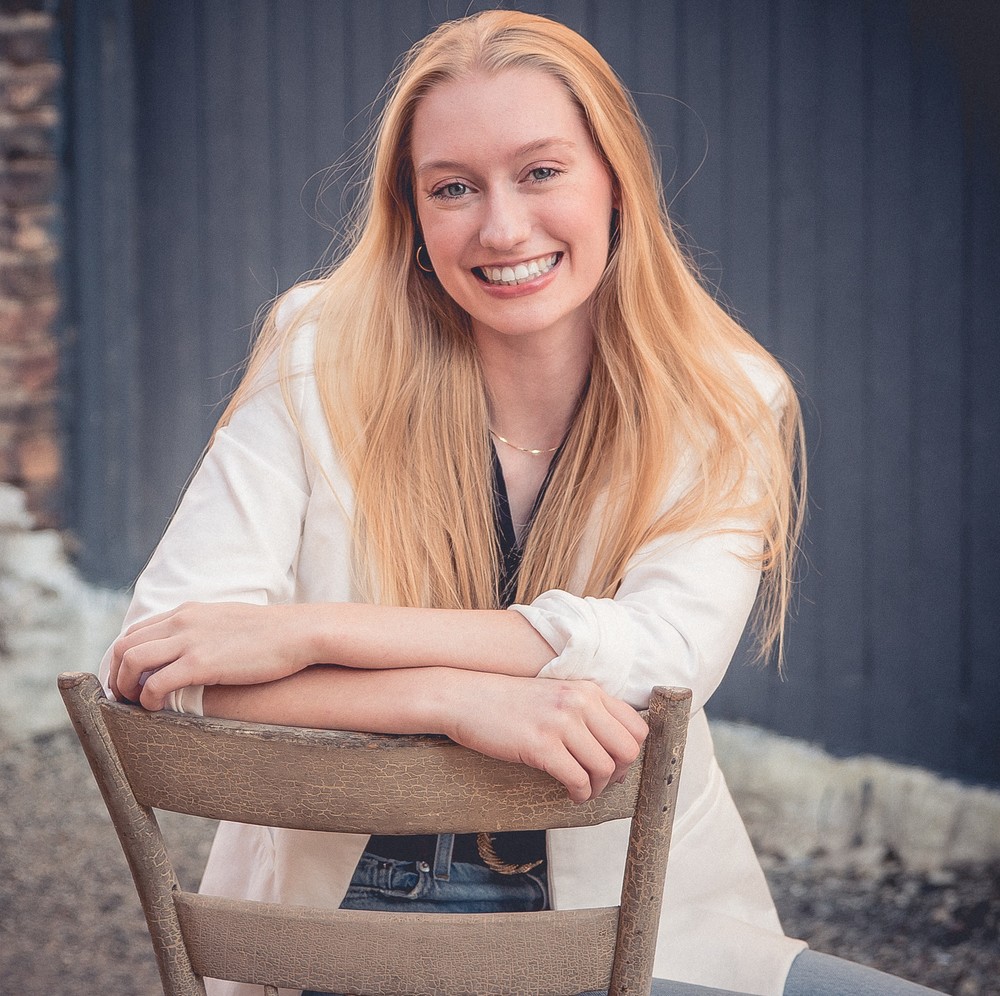 Ella has been named the Henry-Senachwine High School Student of the Month for October. Ellen is the daughter of Jeff and Joan Bergfeld.

Ellen is a senior at HSHS and has been actively involved in her school throughout all four years. Ellen is the President of National Honor Society and has been an Honor-Roll student all four years. Ellen was the first place winner of the Division III 2021 American Legion Auxiliary Essay Contest at the local and district level. Ellen is a member of Lady Mallards Athletic Club (four years), Club Green (two years), Math Team (three years), Future Business Leaders of America (three years), Mallard Ensemble (four years), Red Crush (one year), Fellowship of Christian Athletes (four years), and is a Senior Editor on the Yearbook Staff. Ellen has been a member of the softball and dance teams for all four years, and the volleyball team for one year.

Ellen has been recognized throughout her high school career for her outstanding choral achievements. She has been selected for ILMEA District Choir and Bradley Honors Choir for the past three years, and has received Division I ratings for her solo pieces at Solo and Ensemble Contest. Ellen has participated in the school musical every year, including “The Sound of Music” as Maria, “The Addam’s Family” as Alice, and the upcoming “The 25th Annual Putnam County Spelling Bee” as Rona Peretti.

Outside of school, Ellen is a Song Leader and Sunday School Teacher at the First Christian Church in Henry, IL. She volunteers at the Ark in Lacon and is a volunteer dance instructor at Dance Central in Henry, IL. She was nominated to attend the 2021 American Legion Auxiliary Girls State, and became a Representative for her party in the Girl’s State House of Representatives. For the past six years Ellen has been on the Dance Central Competition Team, and has been a member of the Marshall-Putnam Stark Show Choir for three years.

After high school, Ellen plans to attend a four-year university and major in Political Science with a concentration in Law and Public Policy.

Ellen will be recognized at the October 20, 2021 Board of Education Meeting. Ellen will be present with an engraved pen set from the Henry-Senachwine Education Association and a personalized plaque from the school district designating her as the “October Student of the Month”. In addition, Ellen will receive a $25.00 gift certificate from Heartland Bank in Henry, a $25.00 gift card from MidAmerica National Bank in Henry, and a $10.00 savings bond from the Henry Dairy Queen.

The student body, faculty, and community congratulate Ella on receiving this honor in recognition of her accomplishments and contributions at HSHS!